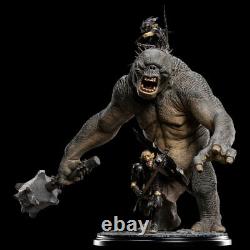 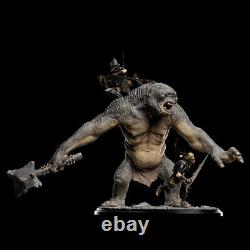 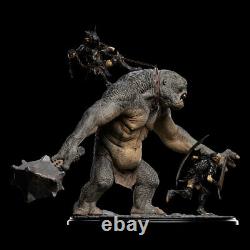 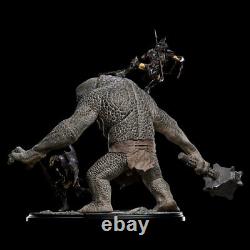 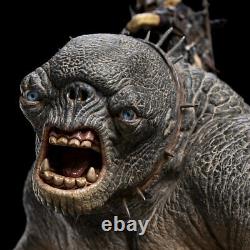 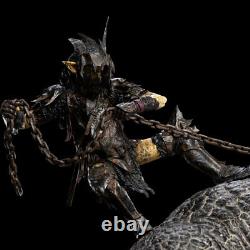 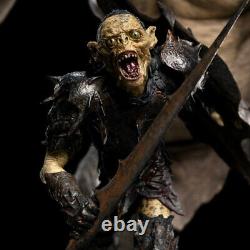 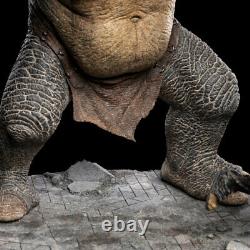 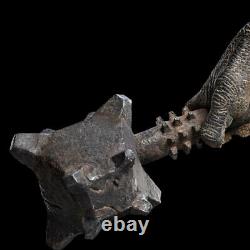 I have listed here a Cave Troll of Moria made by WETA. Original art box and WETA shippers included. Please see my feedback over the past 14 years.

With its people slaughtered or put to flight, Orcs and other fell creatures infested Khazad-dûm. Halls once filled with light and mirth became blackened dungeons.

Homes were brought to ruins. Moria it was called; the Black Pit, and few dared pass its gates but at great need or folly.

With little choice else, the Fellowship of the Ring sought to slip unnoticed beneath the mountains, making a four-day journey through the dark of Moria with the Wizard Gandalf as their guide, but their passage would not go unmarked. Striking at the Chamber of Mazarbul, a great force of scuttling, bug-eyed Moria Orcs fell upon the party, clad in black armour and bearing crude scimitars. Whipped and goaded into a rage by its cruel Orc masters was a lumbering Cave Troll.

Though weak-witted, the beast was as strong as ten men and encased in a hide like iron. In three-fingered hands the brute gripped a great stone hammer, which it swung indiscriminately, crushing Orc and enemy alike as it charged down its quarry.

The seller is "balrogltd" and is located in Pompano Beach, Florida. This item can be shipped worldwide.