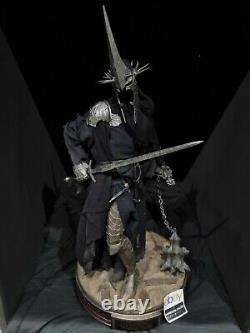 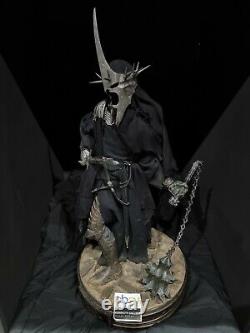 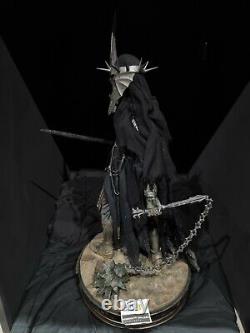 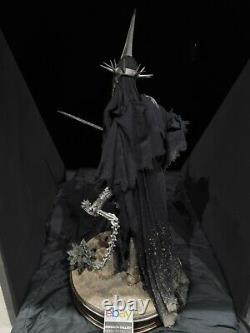 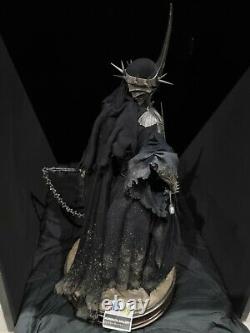 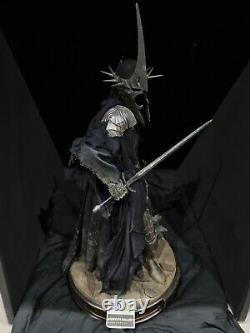 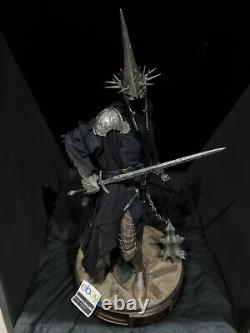 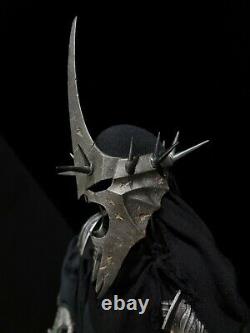 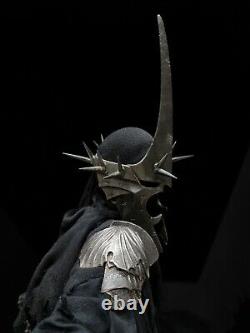 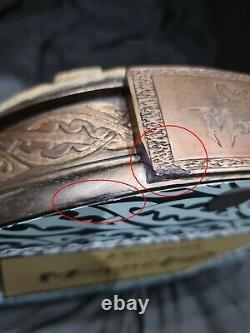 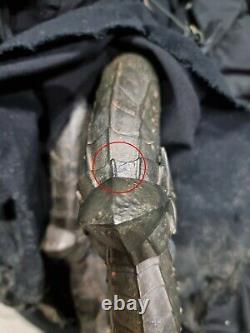 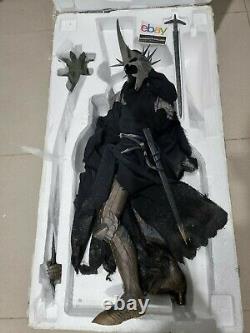 The Lord of The Rings Morgul Lord Premium Format Figure Statue Sideshow. There are two flaws - there is a crack on the knee and a chip on the base nameplate. They are not too noticeable while on display.

Both are shown in photo 10 and 11. ABOUT THIS PREMIUM FORMAT FIGURE. 1:4 Scale Premium Format Figure 300033. Long ago, the Dark Lord Sauron ensnared nine kings of Men with the gift of Rings. Magical rings these were - Rings of Power seemingly granting their wearers great foresight and abilities beyond those of mortal Men.

But in secret, the Dark Lord had crafted a single Ruling Ring, the One Ring, which he kept for himself. Imbued with his own spirit, the One Ring was a tool of domination, and upon placing it on his finger, all who wore the lesser Rings, including the Nine, became his slaves. Now thralls of the Dark Lord, the nine kings have become Ringwraiths, withered, undead, immortal spirits, doomed to serve only the will of their master and bring terror and destruction to those under his power. Empty vassals, devoid of memory or hope, they are mere extensions of Sauron's own spirit, and under his control they scour the lands of Middle-earth, undertaking errands of evil and conquest. Greatest of the Nine's bearers is one sorcerer king with many names, among them, the Witch-king of Angmar and the Lord of the Nazgul.

He is the Morgul Lord, master of the fortress of Minas Morgul and Sauron's appointed captain in the field. During the War of the Ring the Dark Lord sends his second into battle at the head of his armies, striking terror in his foes. The scream of the Ringwraith, echoing in their skulls, is enough to send most running for their lives, but those that somehow muster their resolve and fight find themselves starring into an abyss of black beneath the tall-crowned helm of the Morgul Lord. Underneath the dark cowl and behind the iron mask, there is no human face to be reasoned with, no living eyes to appeal for mercy, no soul to be found at all.

In the pit that was once a man, there is now only death and emptiness, a shadow of a life sucked away, leaving only the indomitable will of the master behind, a weapon, just like the flail and sword he bears into battle, and the last thing his mortal enemies will ever see. The Morgul Lord Premium Format figure captures every aspect of this servant of Sauron in stunning detail. This stunning Morgul Lord Premium Format figure, featuring real fabric clothing and an intricate helm is an outstanding addition to any'The Lord of the Rings' collection, the ultimate representation of the sorcerer king.

The item "The Lord of The Rings Morgul Lord Premium Format Figure Statue Sideshow" is in sale since Saturday, July 17, 2021. This item is in the category "Toys, Hobbies\Action Figures & Accessories\Action Figures". The seller is "korekutagallery" and is located in Sydney, NSW. This item can be shipped worldwide.